Hey Virtually Readers! As you may know I do some creative writing from time to time and I do so love it. (I also suck). I turned eighteen a few weeks ago, and among several goals for this year, I want to write two first drafts and edit two more manuscripts. Let’s see how that goes. I want to get Entreaty to a place where I’m happy to get feedback from people, and after visiting Thailand I feel all inspired to rewrite Lighter Places with a better setting and stronger characters (though I don’t think the plot will need such big changes). Anyway, I’m writing something totally different, an as-of-yet unnamed fantasy novel that will be part of a trilogy, for NaNoWriMo this year so I thought I’d link up with Beautiful Books, hosted by Cait @ Paper Fury and Sky @ Further up and Further in, to talk about it. 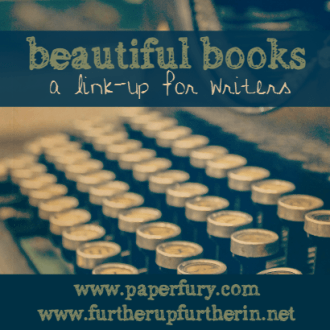 Okay, so like I said, this is a trilogy, and I’ve had the idea for the second book for a while, like since early 2016? And this first book is, among other things, dealing with what journalism would look like in a fantasy setting, and I’ve had that idea for quite a while too, so much that I wrote a short story about it. But this idea really came to me in June/July this year, when I was thinking about quests and journeys in books. What if, I thought, the person on the journey wasn’t just taking their parent along with them, but being taken along by a parent.

2. Describe what your novel is about!

There’s a girl called Mesilla, and she’s the middle of three sisters. She lives in a small country at the edge of a mountain range, and her father is from the country on the other side of the mountain range. She’s finished her formal education and is at a bit of a loose end, so goes with him on a trading expedition to Becar, her dad’s birthplace. At the same time as dealing with meeting new grandparents, she has seen something that doesn’t make sense; someone stealing magic [it’s complicated how this happens so I won’t go into it]. No one wants to tell her what’s really going on, so, with the help of some students at the local university trying to get a newspaper off the ground, she decides to investigate, and uncovers the brooding beginnings of a war. How can she stop the war, expose the truth, and be the perfect Carrian granddaughter?

3. What is your book’s aesthetic? Use words or photos or whatever you like!

4.  Introduce us to each of your characters!

Mesilla: angsty, antsy, confused. Feels like she’s not as successful as either of her sisters and doesn’t know what she wants to do with the future.

Nayron: Mesilla’s dad, focused on doing well with his trade, annoyed to be under his parents roof again.

Fekin: university student, too chatty, 5000 career plans and not enough time to do all of them.

Seayar: Nayron’s best friend and trading partner, lonely, wants to start his own business but trapped with Nayron, tormented by the what-if.

Gremi: Nayron’s mother, former trader, wants a granddaughter she can show off.

5. How do you prepare to write? (Outline, research, stocking up on chocolate, howling, etc.?)

I actually need to do more prep! But I write like one line descriptions of the characters and maybe draw a basic map and try to think about the world a bit (I had already half worldbuilt this world so it wasn’t too hard) and then write a several paragraph plot outline. I’ve also outlined what each character wants and why they can’t have it (yet). I’m still trying to figure out what works best for me in terms of outlining and preparation, so I’m trying different things.

6. What are you most looking forward to about this novel?

I have what I consider to be a fairly unique magic system? There are lots of myths around magic, but in my world it only exists in a very few places in wild form and is totally dangerous and at the start of the novel it seems like no one can control it.

It’s in the mountains, sort of inspired by where I grew up in rural North India. Like h u g e snow peaks and passes to cross and glaciers and all those things I love.

Gold doesn’t exist in this world, for no reason in particular.

8. What’s your character’s goal and who (or what) stands in the way?

She wants to know where she belongs, and her mixed up ethnic heritage and indecisiveness and unsureness stands in the way. Mesilla feels like she has to conform to other’s expectations of her, and that really hurts her.

9. How does your protagonist change by the end of the novel?

She’s more sure of herself and confident in who she wants to be because she has had to defy expectations to do the plot thing. I don’t really know. I need to think about this more!

10. What are your book’s themes? How do you want readers to feel when the story is over?

Like most young adult novels, it’s a lot about fitting in and finding belonging and a strong sense of who you are. I think this story will also be about how humans don’t always need to interfere with wild things, how that can be dangerous. Also, how necessary communication is for good relationships, even when it’s hard.

I’m feeling a lot of pressure to actually write a novel after doing this! and to think of a title. So, what do you guys think? Are you doing NanoWrimo? let me know in the comments!

16 thoughts on “Beautiful Books: NANOWRIMO IS WAY TOO SOON”