Dystopias are one of my favourite genres. I thought I’d explore some aspects I enjoy.

To me, a utopia is a perfect society. A dystopia is a society that, in an attempt to create perfection, has become hopelessly skewed from the societal ideal. Dystopian books are usually set in the future (because society today, utopia or not, isn’t designed to fit an author’s particular take on how a perfectly designed society can be so messed up). Because of that, they often overlap with sci-fi as well.

But why are they interesting to read about?

I’m going to list three reasons, then explain how this applies to a dystopia you might have read (or watched)—The Hunger Games. Even if I haven’t read these books for a while, they’re relatively well known, so I’m hoping I remember the details. (also, I’m trying to avoid big spoilers, but there are some, especially for later books, so be warned)

#1-They’re based on current events.

Authors of dystopias look at current events—disease epidemics! Political relations (that may cause war)! Nuclear weaponry! Technological advancements! —and use these to imagine how future societies would try to adapt to them. This is partly because dystopias tend to be set in the future, and partly because by looking at current world problems, authors can imagine potential solutions that could lead to a dystopian society.

The Hunger Games’ dystopia-ness draws on the age-old problem of inequality. Today, there’s an incredible gap between the wealth, access to health care, etc. of first world and third world countries. Suzanne Collins imagines a society divided into regions for maximum production efficiency. But the Capitol is incredibly wealthy. It fears the underdeveloped and oppressed rural districts, and the Hunger Games are really to oppress the minorities there, rather than to remember the war that created Panem. Exaggerating current (and unequal) wealth and living quality distribution, which favours the first world and the urban (aka the Capitol) and exploits the third world and the rural (aka the districts, especially the poorer ones) is what makes The Hunger Games successful as a dystopia in this context.

#2- They challenge the system

Dystopias are dys for a reason. They present a problem, one that is relevant to our world (because it’s based on current events) and use language, plot points (such as a rebellion against it), and characters (such as ones that suffer under the system being presented) to show how wrong it is. It’s easy to sea the wrongness of inequality when we see Katniss fighting it. By using characters that challenge the system being presented, it challenges the readers to rethink systems and problems that are easy to take for granted ‘because they’re the way things are’. Building on this, dystopias are interesting because they involve readers politically, often with governmental systems that aren’t democracies. A lot of YA books don’t get entangled in politics or political systems, but dystopian ones do.

Katniss Everdeen joins the Hunger Games to protect her sister from an unfair system. (spoilers alert!)She challenges it by refusing to kill Peeta. She joins the rebels to fight the Capitol’s unfair system. But she isn’t afraid to challenge them, their methods of fighting back, their techniques of manipulation, the fact that they are letting Peeta suffer because he’s not a vital part of her plan. Her boldness in challenging this system, rather than letting it oppress her (like most people in District 12, who were too exhausted to fight it) helps readers to question the political situation in the here and now.

#3- They hurt their babies

Dystopias aren’t fun places to be, unlike, say, American high schools. There are oppressive governments, rebellions, harsh conditions, perhaps food or water crises, or mass (human or animal) extinctions. Disease epidemics may rampage, or people may have no choices. This gives dystopias plenty of opportunities for exciting plots and difficult characterization. More exciting (and drastic) things can happen in dystopias than could happen in 1950s America (such as sudden MC deaths).

In The Hunger Games, pretty much all the characterization (character change over time) and plot points are because of dystopian system. Katniss becomes a tribute, meets Peeta, (spoilers!) wins, becomes the Mockingjay, etc, etc. because of the Capitol’s games. She goes through incredible trauma, as do the ones she loves (see:mockingjay) because of the dystopian system. Dystopias are exciting and transport readers in a way they can’t be transported when reading about people who live somewhere like where they live.

I’m sure I could think of more reasons, but this post is long enough already, so here are some dystopian recommendations.

When We Wake- Basically about a girl who wakes up 100 years in the future, to find her society entirely different. This was written by a New Zealander (yay!), and is set in Australia. It explores treatment of refugees and the morality of technologies such a cryogenics and questions the military.

1984- this was written when 1984 was the future. I actually haven’t read it (because it’s an English text and I don’t want to know everything before studying it), but I have watched V for Vendetta, which is based on it. It explores surveillance and a dictatorial government, I think. It’s one of the earliest dystopias (she says although she has no clue whether this is true.

Divergent- This is a society which sorts people into ‘factions’ which represent the opposite of why the world fell into ruin—truth, courage, intelligence, self-sacrifice, etc. It challenges the idea that people can be just one thing, and also ideas of governmental control. 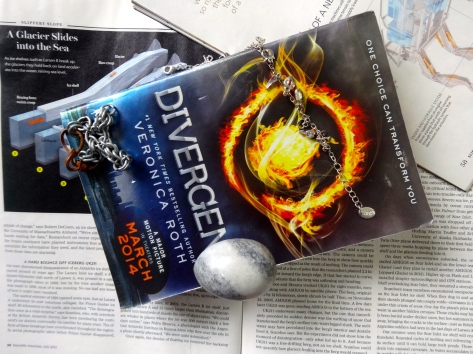 The Maze Runner- Is about a group of amnesiac boys stuck in the middle of a cannibal maze. It has plagues, human experimentation, and curious technologies.

The Body Electric- I read this recently and loved it (read Shanti’s review). It’s about Ella, who’s beginning to realise that all the things she believed about her world aren’t as true as she thought. It explores the morality of artificial intelligence technology, and the safety of using nanobots, challenges a very un-transparent government.

Which dystopias do you like? Why do you enjoy them? Do you appreciate books which challenge your beliefs? What have you read recently?

13 thoughts on “What Makes Dystopias Interesting?”