Basically Just Move To the Himalayas Immediately || Or, when photos are promised, we deliver

Shanti recently told you we would be away for a week. We got back, finished some final things for school, and are now basically free (apart from a zillion assemblies of various sorts) In 6 days, we took 497 photos, so it was super hard to decide which ones to share, but we tried *shrugs*. Here are some questions people might ask me:

Where did you guys go?

We went to Gangotri, a small town near the source of the Ganga (aka Baghirathi/Ganges) river. We walked to the source of the river (where it comes out of the glacier- pronounced gla-see-yer by the way), then passed it, and camped at about 4300 metres in a place called Thapavan. We saw a lot of nice mountains, which will be obvious soon.

What makes these mountains special?

If New Zealand’s mountains are gorgeous, the Himalayas are wilder, bigger, grander. They’re the highest mountain range in the world, and also the only ones we happen to live near.

And here’s some questions you probably won’t ask, but I’m going to ask myself anyway:

How do you pronounce ‘Himalaya’?

I’m glad you asked! (You totally didn’t). In Hindi, ‘Him’ is a word for snow, and ‘alaya’ is a suffix meaning ‘place of’ (creative name, right). ‘Him’ is pronounced just like what you say when referencing a male, and ‘alaya’ is not ‘a layer’ but actually ‘aah liya’.

I heard the Ganga was holy. What’s with that?

The story is that the people of earth were in drought. Compassionate Ganga, daughter of the creator god Brahma, offered to come down from heaven to help them, but if she just fell, she would squash everything. So Shiva (the destroyer god) offered to break her fall by letting her run through his dreadlocks. Now she is a lovely river. (Side note: Some are the photos are of the mountain Shivling, which means Shiv’s ling, which you can google if you really want to know what it is) (This is hindu mythology, which I don’t personally believe, but that’s what other people believe)

I’m going to stop talking now so you can look at photos. 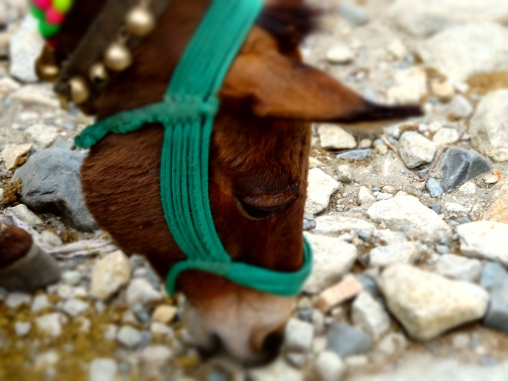 Are these pretty or what? Do you say Himalaya (or glacier) properly? Are you going to move here? (the answer is yes, obvs) Do you like hiking? (me: everything except the bag.)

20 thoughts on “Basically Just Move To the Himalayas Immediately”