Disclaimer: the blog title is from the #thewonderofwonder that the back cover instructed me to use on twitter. I didn’t , so this is compensation (because I’m nice to random house.) Anyway, in the midst of summer holidays, I picked up this book at someone’s house and I was kinda hooked so I immediately (actually, it was the next day, and took about 10 minutes because of the slightly uncooperative librarians) went and got myself a copy, then promptly finished it. Oh yeah, I also spent a long time on pic monkey making these quote thingies, so I hope you like them. 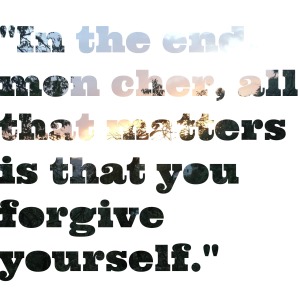 Similar books (some of which I haven’t read. I would put this at the end of the post but I know I’ll forget): Out of my mind, Mockingbird(kinda), the curious incident of the dog in the night time, and that book I haven’t read whose title I can’t remember about the girl who’s allergic to everything. 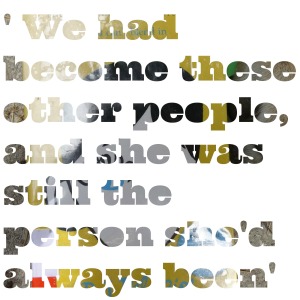 My Blurb: Basically, August has an extremely deformed face and decides to start school. As he makes new friends and enemies, everybody in his class and school are affected in different ways.

What is says on the back of the book: ‘My name is August. I won’t describe what I look like. Whatever you’re thinking, it’s probably worse.’ (then there are some quotes from various newspapers. Why do they always quote newspapers not bloggers I don’t know.

I thought this was an excellent book. I’ll go through what I liked and why:

Points of view/ perspectives: Having different people narrate really meant that there were a lot of strong ,round characters. They would tell different versions of the same thing, so you could understand not just ‘oh, she’s being mean to august’ but understand why. All the characters were very human, none were perfect, but they were all wonderfully created. While I liked all the characters, Via (August’s sister),  who only narrates once, was my favourite. As an older sister, I had a lot of empathy with her. She was flawed, and not perfect but she had really good relationships which her parents, with her boyfriend, with August. I liked how she didn’t ‘I’m a teenager now no parents’ or anything, and was incredibly patient with her brother. I also liked the parents. They reminded me of my own, and that’s definitely a good thing. I really like parents in books who play an active role in their children’s lives.

I liked the plot. It wasn’t super original, but with such excellent characters that didn’t matter. It was logical, the premise was good, it worked well.

I adored the Julian chapter. Throughout the book, Julian is a bully. This bonus chapter was beautifully written, with Julian’s point of view. I understand now why he did what he did, even if I don’t like it, and I think it’s a very fitting addition and ending to the book. I liked his search for redemption and remorse and the connection to World War Two.

The themes were gorgeously intertwined within the plot and characters, accenting certain scenes and actions, but also subtle enough that Wonder didn’t feel like a fable.

The ending (Julian Chapter or otherwise) was perfect, not wrapping up all the ties but also giving a sense of closure.

However, there were some things I disliked about this book.

Firstly, the age. The characters are generally in 5th grade (all the older characters were fine) but they didn’t behave like 10 or 11 year olds. I think this book would have worked better in 7th grade or higher. All the kids have Facebook, for example, which you’re only legally allowed when you’re 13. August is allowed to play games like HALO (I’ve never played it but as far as I know it’s pretty violent, and his parents otherwise seemed pretty awesome). The social groups are extremely defined. At one point, the characters make a list of this wordless battle, with ‘all these people are with August, all these with Julian, these are all neutral.) I’ve been in 6th grade (and I was 10 and 11) at an average-ish American-ish school, and it’s not that simple. You can join other groups. They’re not concrete but fluid (or at least jelly-like), and it’s not as simple as ‘nerds sit at this table and if you’re not a nerd you can’t be with them’. Also, some characters ‘go out’ and even though it’s explicitly not ‘high school stuff, which would be kind of gross barf disgusting’ still. You’re 10. You don’t date or go out or whatever you call it, you idiots! August, however, had a good, mature but realistic voice. 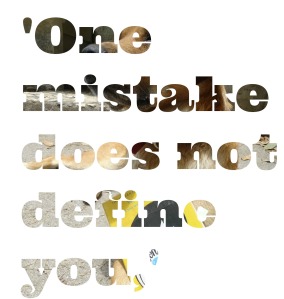 Apart from this, I’d like to have heard from Charlotte. It seemed like she would be important, and she seemed nice but she doesn’t try to really be friends with August. I’d like to figure her out, and there were a few things that weren’t explained, but otherwise this was a good book.

Favourite characters: Via and Summer (although I wanted more about her motivation too)

Have you read Wonder? What did you think? How do you feel about characters that seem the wrong age? Do you think this is an important issue for books to tackle?

2 thoughts on “The Wonder of Wonder”